A modern, industrial style residence in the heart of Melbourne, inspired by a Grand Designs UK project. Windows By Design worked closely with Canny Architecture to achieve the perfect balance of glazing in this stylish home. 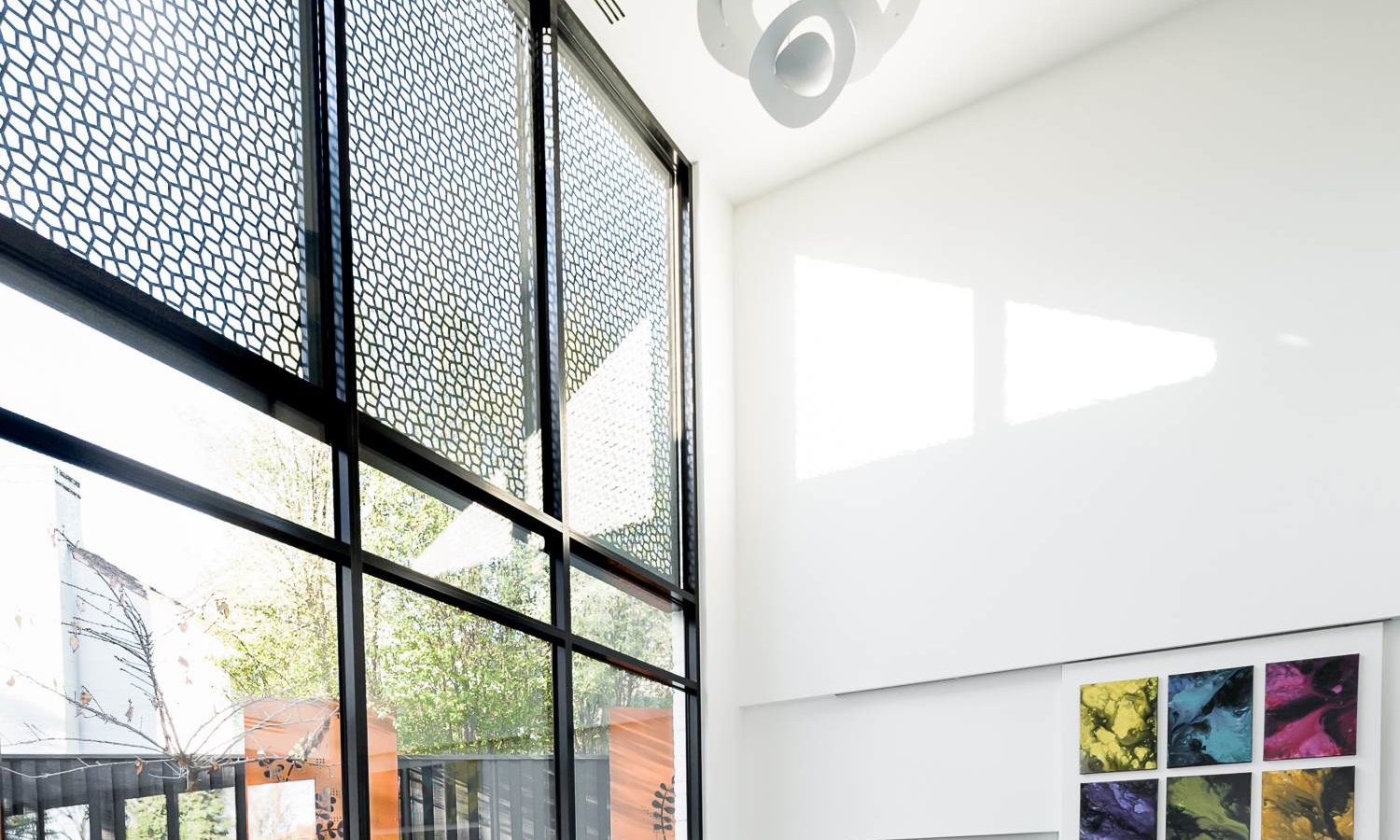 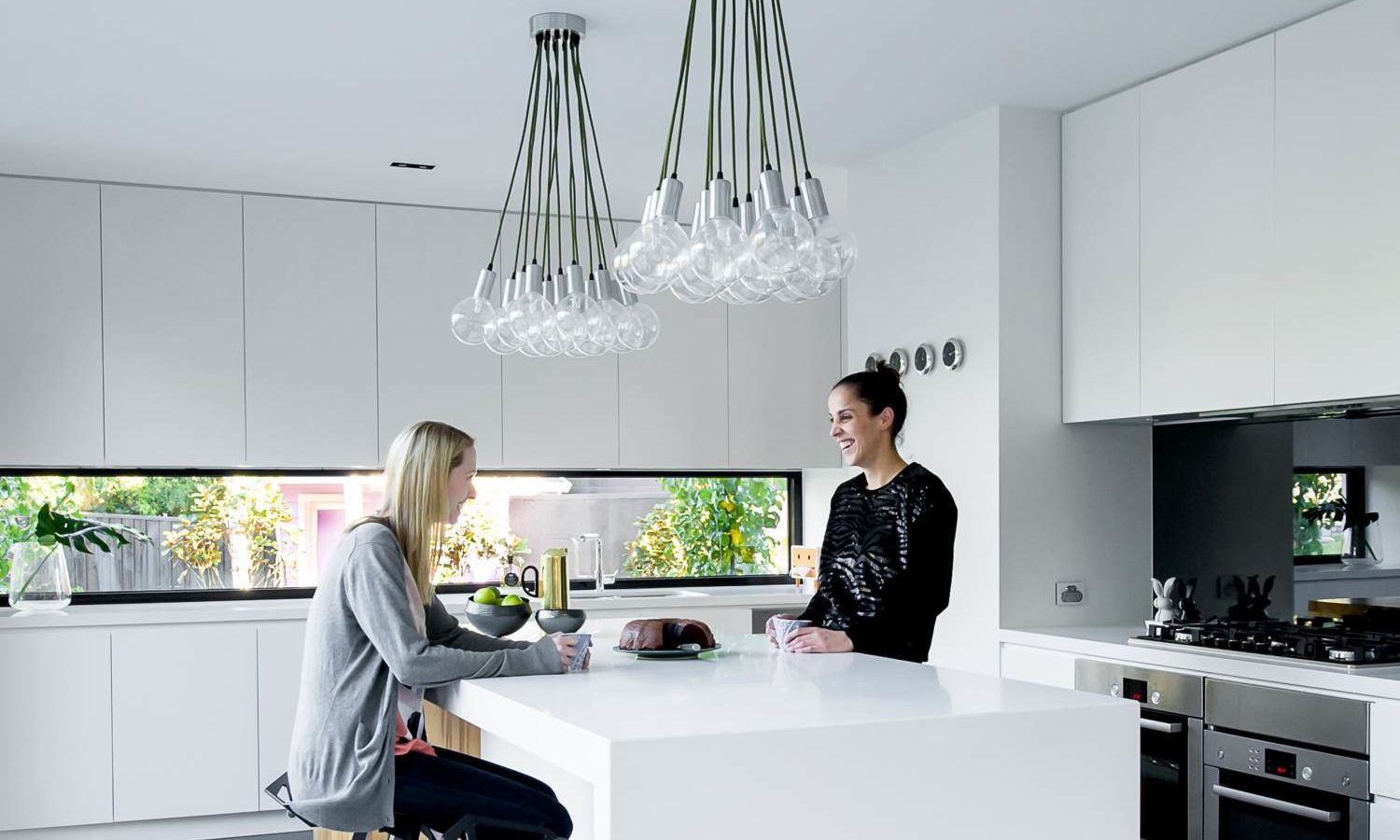 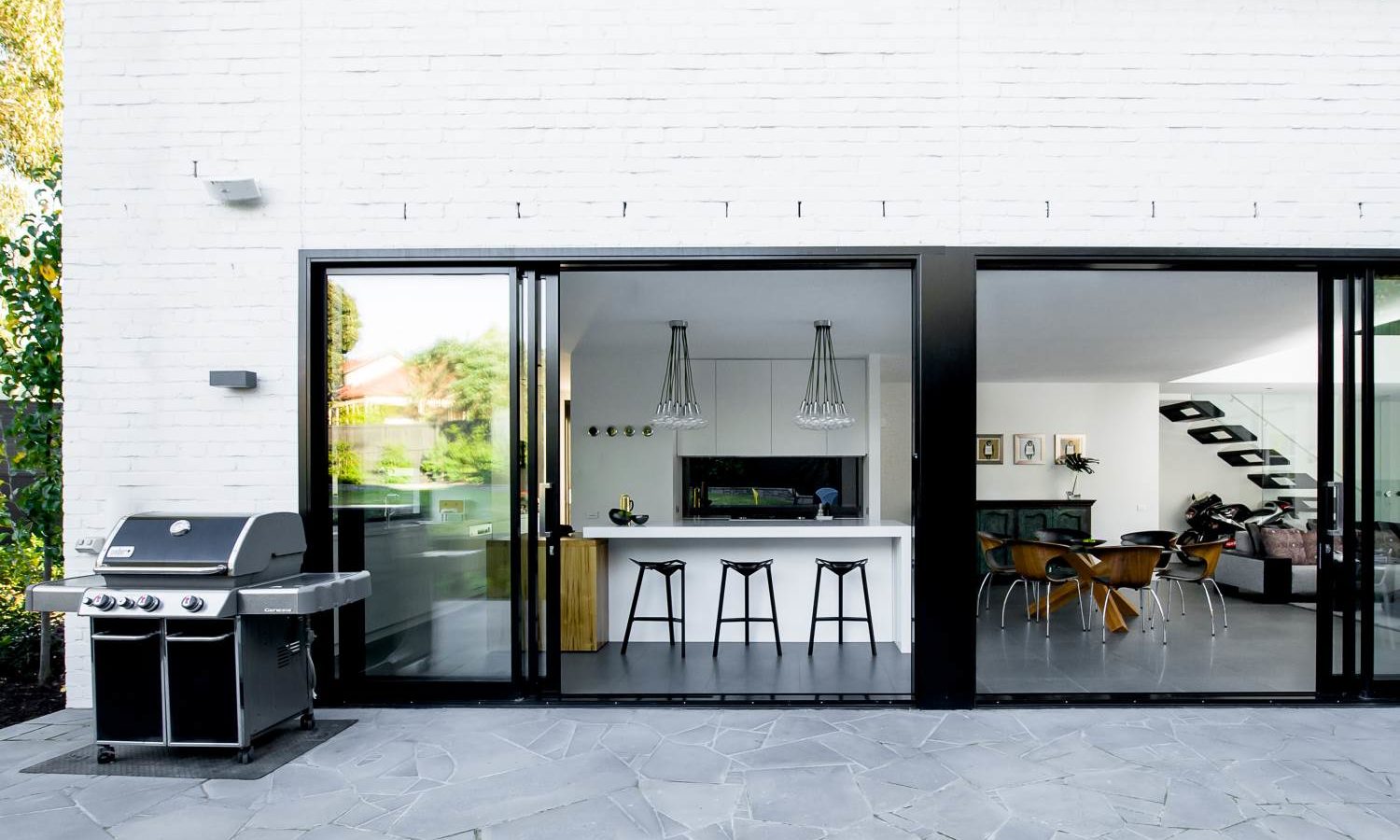 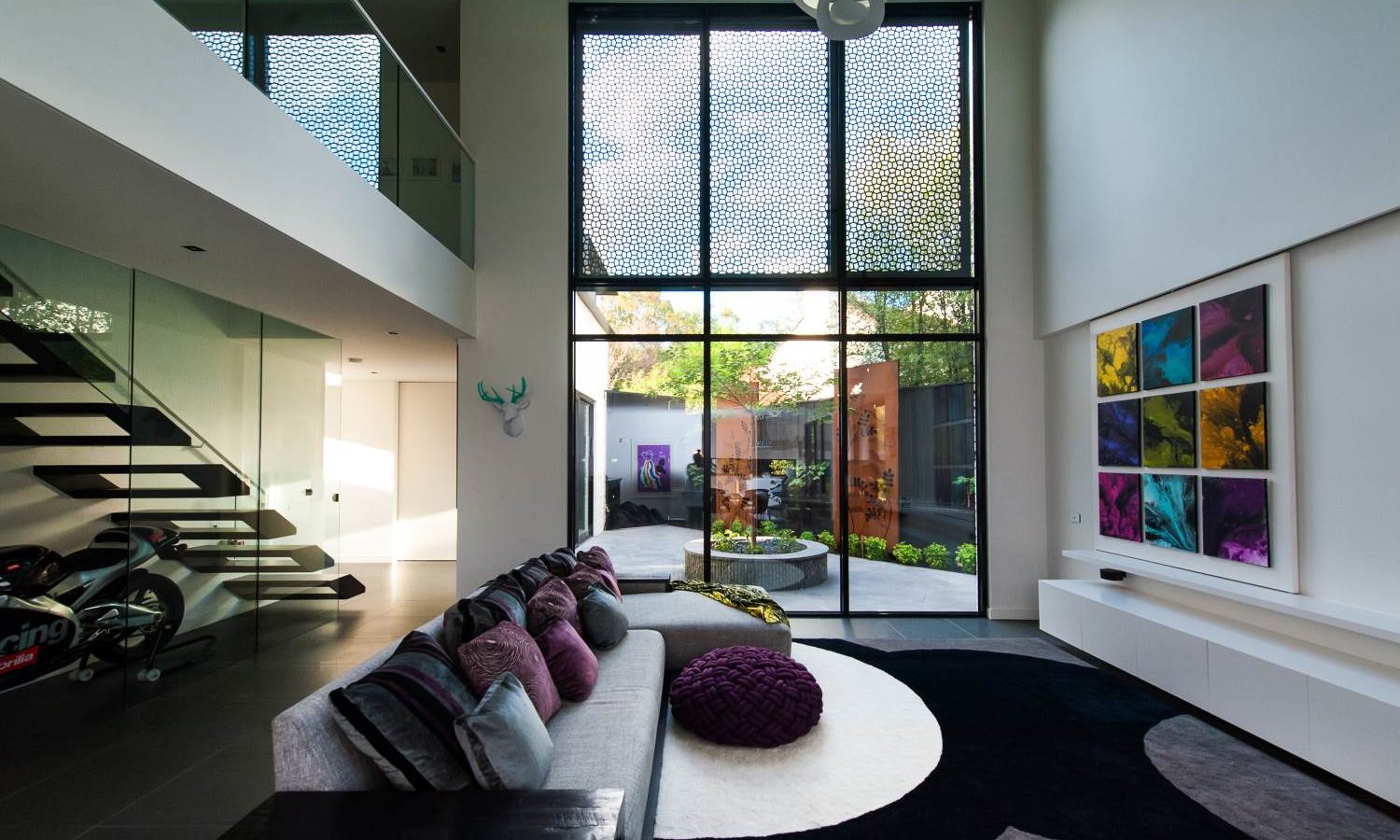 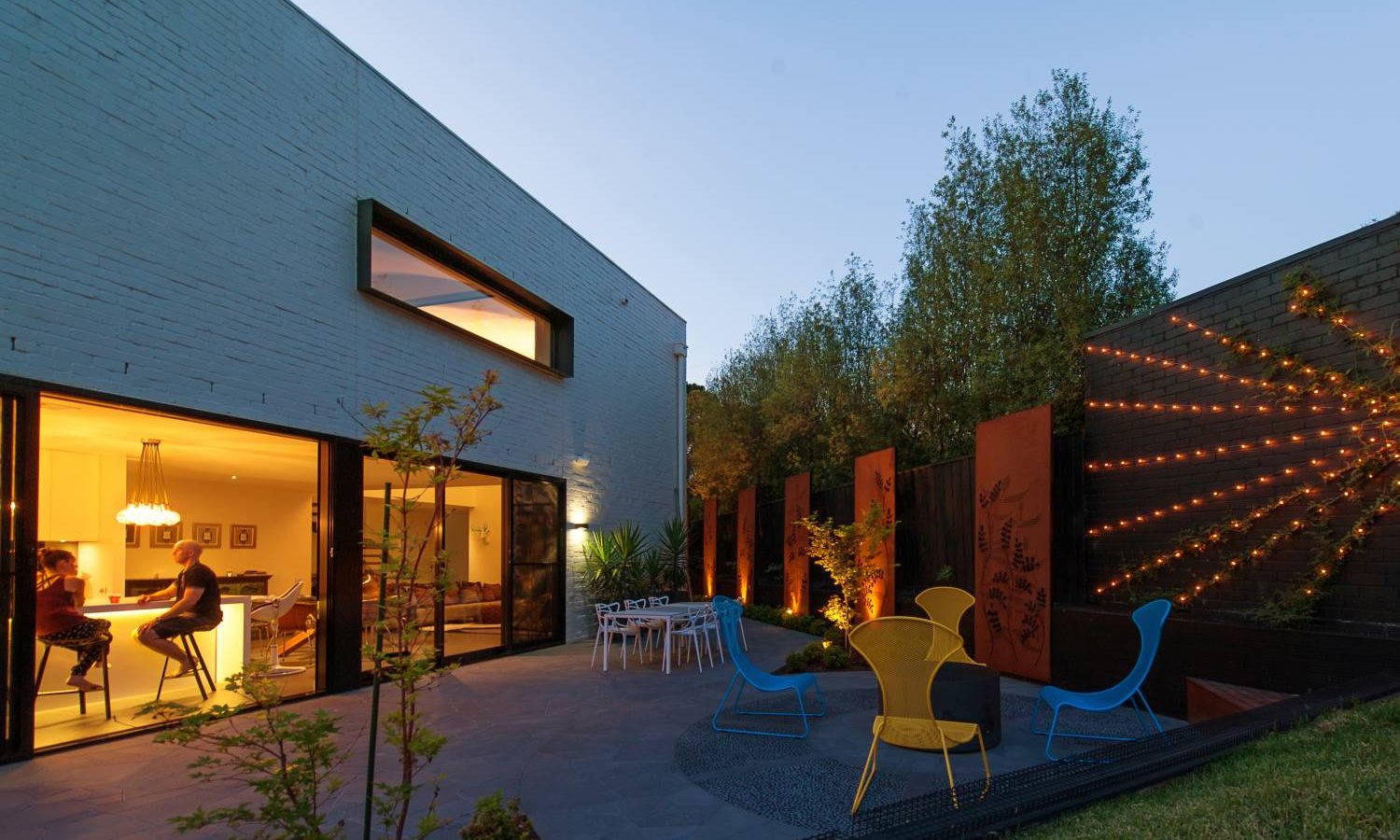 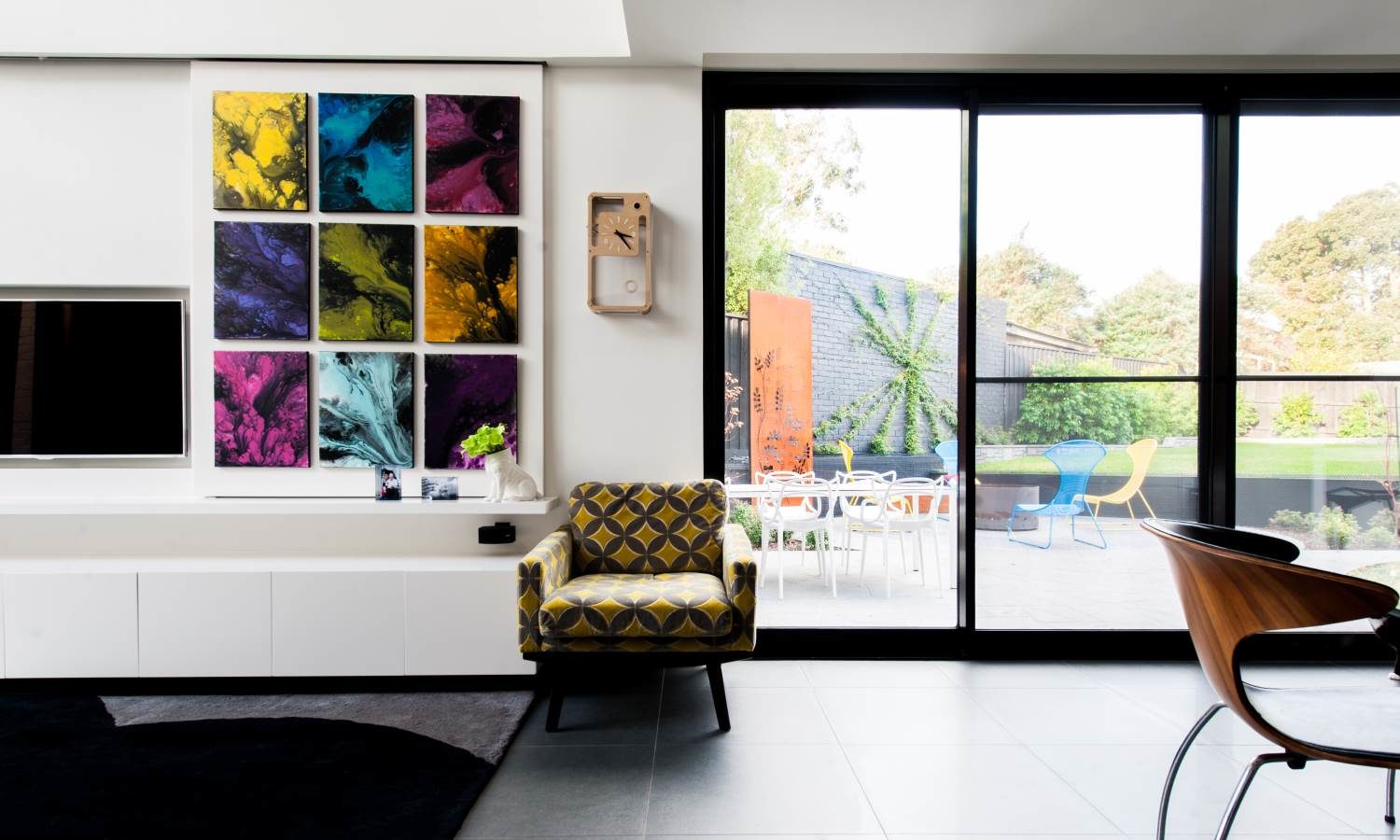 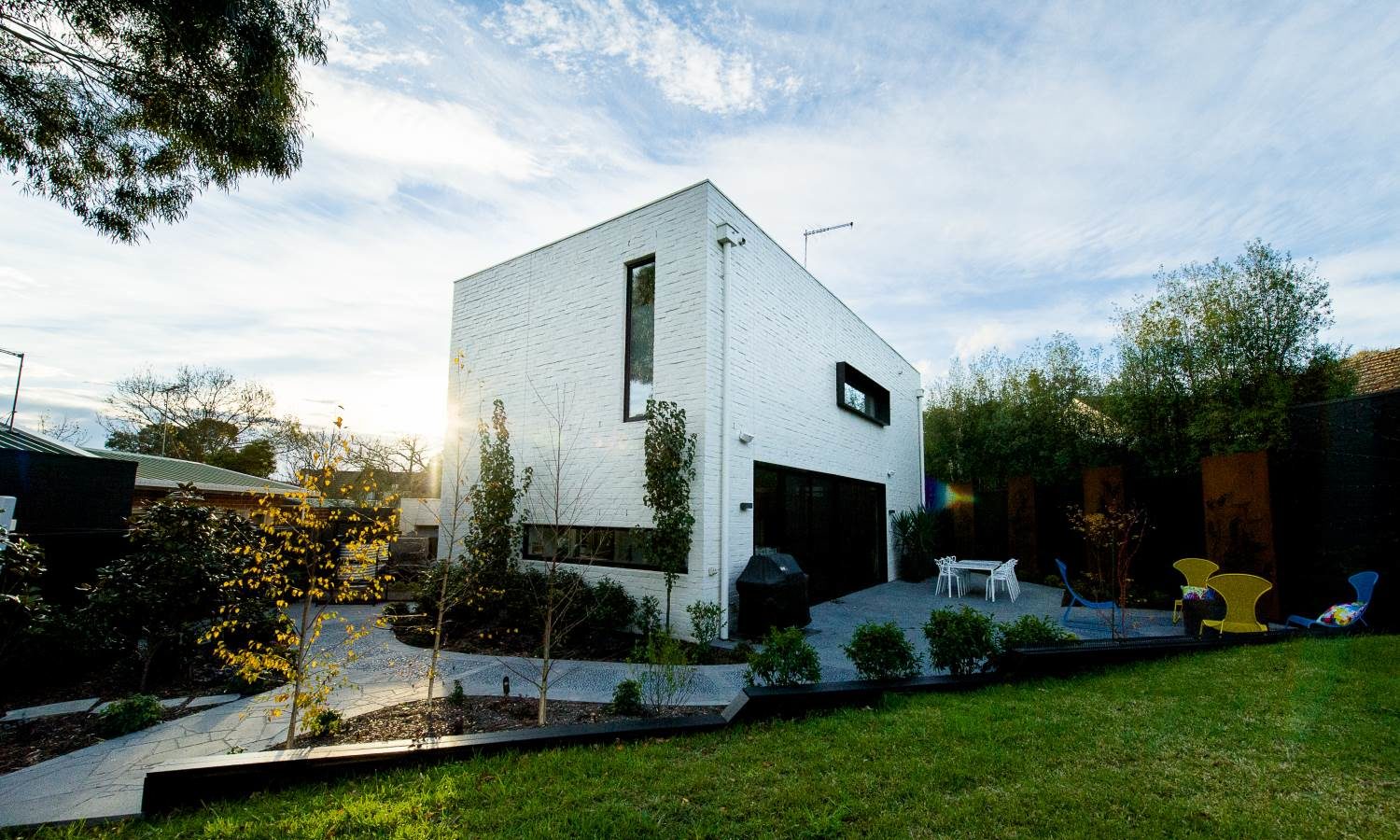 The inspiration for this home came from a project the owners Kara and Lloyd saw featured on Grand Designs UK, named the Sugar Cube. They were fascinated by the amount of glass which gave incredible natural light; the two-storey void area; and the general aesthetics of the home.

The brief given to Canny Architecture was to have a stylish, open plan home that was child-friendly without compromising on the design. Canny Architecture drew on inspiration from the Sugar Cube home while also keeping the brief in mind. A playful dialogue between the two homes emerged.

Black aluminium makes a robust statement which helps to give the home an industrial warehouse look and feel.

Part of the brief was to incorporate industrial finishes throughout the home and exterior.

The black powder coat finish on the windows and doors was selected to allow the owners to change the theme colours in the interior as their style changes over time.

The desire for large windows meant that the orientation of the house had to be carefully considered with regards to heating and cooling the home. The home achieves a six star energy rating, enabled through careful material selections including double glazing throughout.

Picture frame-like windows are strategically placed around the home. The main living room has natural light at all times of the day.

Two three-panelled Series 704 SlideMASTER™ sliding doors were incorporated to link the interior to the exterior with Series 426 FrontGLAZE™ framing. They give a sense of connecting the two areas when open while also giving a clear view into the garden, essential when young children are playing outside.

Kara and Lloyd wanted a home that reflected their personalities and the way they liked to live. Canny Architecture, with the help of window fabricator Windows By Design, achieved just that.